If you’re an eCommerce merchant using Magento, chances are you’re well aware of the impending ‘end of life’ date for Magento 1 – and the need to have moved off of the platform, ideally by June of 2020.

As the founder of the specialist Magento development agency 2simplify, I’m constantly asked questions by merchants who don’t know all the details and don’t have all the necessary information about the ending of support for Magento 1. So, I’ve put together this article aiming to address some of the uncertainties surrounding the biggest change Magento merchants have faced for years…

Why is Magento ending support for Magento 1?

Magento spent several years developing a completely new version of their eCommerce platform, which they eventually released to the public as a beta version, back in 2015.

This new version – Magento 2 – was a complete departure from the original system in several ways, using completely new technologies and frameworks to introduce huge improvements to the underlying technology of Magento 1.

Unlike typical Magento security updates, which can just be applied to the existing system, Magento 2 is an entirely new technology – much like Windows 10 being a completely different operating system to Windows XP. You can’t simply apply a ‘patch’ to update it – it’s an entirely new platform.

All of Magento’s development efforts, along with that of the entire Magento open source community, are now focused on the development of M2, leaving M1 to become obsolete.

Magento feels they’ve given merchants enough time and fore-warning of their plans to stop supporting M1 now, and have finally set a cut-off date of June 2020, from which it will no longer receive security updates and support. M1 sites will be left to die out, unsupported by Magento or its developer community.

What should I do if I have a Magento 1 site?

The quick answer is simply: “Re-platform to Magento 2”, however I realise for most this is easier said than done!

The longer your site sits on Magento 1, the greater risk you are at of security threats like hacking attempts and data breaches. The constant security patches that Magento release to keep its merchants secure against vulnerabilities will stop in June – and hackers are bound to want to exploit the vulnerability of those merchants left on M1.

A big part of my business is based on helping merchants migrate from M1 to M2, so I would say this I know but… You should really be looking to move away from M1 as rapidly as possible!

What will happen if I stay on Magento 1?

Your site will continue working after the June 2020 cut-off date – nothing will change and you are perfectly able to continue running M1 for as long as you like – it will continue to work.

However, the biggest issue with doing so is the security implications. If hackers find future vulnerabilities or ways to attack Magento 1 sites, which they inevitably will, the usual security updates that fix these holes will no longer be released – leaving all Magento sites worldwide open to attacks.

Virtually all software and systems on the web are constantly being attacked by hackers. When hackers succeed and find a way to compromise such systems, be that by accessing customer data, intercepting payment details or installing virus-spreading malware, vendors of software platforms are able to quickly issue security updates which ‘patch’ vulnerabilities – as you’re no doubt familiar seeing with the regular M1 security updates.

You won’t get these updates for M1 after June 2020, leaving you – and your customers’ data – at a far greater risk.

The other drawback is the lack of positive development of the Magento 1 platform. New functionality, modules and performance improvements are all now being channelled into Magento 2.
No-one is developing new modules or functionality for M1, meaning it will remain static and un-developed from now onwards, while M2 – and other eCommerce platforms – continue to develop and improve.

What’s the process of migrating from M1 to M2?

The only way of doing so is to re-develop your site from scratch on the new platform. There is no process to ‘upgrade’ from M1 to M2 and there is no code that can be copied across or re-used, it’s literally a complete rebuild.

This is a bit of a tough pill to swallow for many retailers – but there are some consolations in that product and customer data can easily be migrated from M1 to M2.
And, although having to undergo a new website build project might be an inconvenience and unwanted expense, it could well be a good opportunity for a refresh of your site, its design, user experience and user journeys.

Chances are improvements could be made to help improve not just the technological – but also the commercial – performance of your site as part of an M2 migration project.

Also, businesses like mine are well set up for M1 to M2 migrations, with tried and tested processes already in place for making the transition as smooth as possible.

Although many see this as an unwanted upheaval, I try to convince my clients to see the positive sides – and work with them to try to turn their Magento 2 migration in to a project that can actually have financial benefits through the better performance of a new M2 site, rather than just an unwanted additional technology cost.

Do I need to stick with Magento?

No! There are of course other eCommerce software platforms available like Shopify, BigCommerce and others.

You may decide to move to a completely new platform and ditch Magento altogether.

I spend a lot of time reviewing and assessing all the different eCommerce platforms out there and I’m yet to come across another which has the same balance of functionality, flexibility – at zero cost (for Magento’s open-source solution).

Migrating your site, its customer and product data, payment solutions – and any other integrations and technologies – to a completely new platform is likely to be a bigger project than simply keeping it all within the Magento CMS ‘eco-system’.

For this reason, unless their businesses and requirements have changed dramatically since they chose Magento 1, I tend to recommend my clients make the jump to M2 as it’s still the most powerful, flexible mid-market eCommerce CMS out there – with no licensing costs for the open-source option.

Are Magento likely to release Magento 3 sometime in the near future, leaving me in the same position all over again a few years down the line?

No, this is virtually unthinkable. Magento 2 was conceived and in development for years before it was even released. It was first announced back in 2010, scheduled for release in 2011 and was ultimately only launched in beta in 2015, with support ending in 2020 – a development cycle of a full decade.

You can imagine that to release another major update of this nature would need the same kind of timescale.

Even if Magento announced M3 today, by that measure, it would be 2030 by the time M2 became obsolete. And with Magento 2 only really just taking off, plans for that to become obsolete too are in no way a feature of Magento’s current roadmap!

How can you help me with my Magento 1 site, Ramesh?!

If you’re currently on Magento 1 without a plan as to how you’re going to move to M2, or an alternative, in the very near future, I’d be more than happy to chat through your options. Please give me a call or email me.

2simplify has a team of Magento certified developers and we have a process in place to help merchants with fast, smooth and cost-effective migrations to M2 – I’d love to discuss how we could help find a speedy solution within a budget that’s realistic for you!

Back to News & Insights

Email or call me. What if I can help? 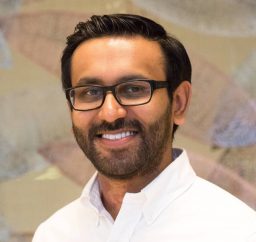